“Customers certainly are asking for [crypto trading] and we expect to be ready to offer it to them by the end of the summer,”

I’ve just instructed the president of @LaGeoSV (our state-owned geothermal electric company), to put up a plan to offer facilities for #Bitcoin mining with very cheap, 100% clean, 100% renewable, 0 emissions energy from our volcanos

This is going to evolve fast!

If all 644 MW of the wasted geothermal energy was used, El Salvador would become one of the largest #Bitcoin miners in this hemisphere, while also being 100% renewable.

Bitcoin’s (BTC-USD) chances of falling below $10,000 have increased significantly since mid-April, according to betting aggregators US-Bookies.com.

Financial sector analysts have identified Bitcoin's reduced market share as a crucial detail supporting bearish attitudes. The virtual currency now represents about 40% of the crypto market, down from 70%

The data came as little surprise to US-Bookies, as bitcoin’s predicted gloomy future is within the context of a broader market correction. “Cryptocurrency investors should be aware of the asset classes' volatility and these odds are aligned with the sharp correction in the market of late,” the spokesperson said.


The first bitcoin upgrade in four years has just been approved by miners around the world. It's called Taproot, and it's due to take effect in November.

will unlock the potential for smart contracts, a key feature of its blockchain technology which eliminates middlemen from even the most complex transactions

Bitcoin just got its first makeover in four years, which will help it compete with Ethereum
Hore 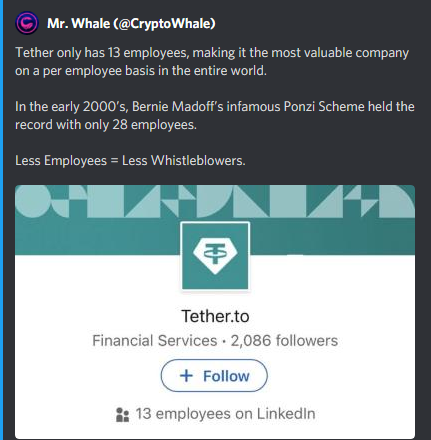 “Approval of a Bitcoin ETF would give Bitcoin legitimacy, which would have implications for the U.S. dollar as a reserve currency,” said Henry Jim, editor of ETFhearsay.com and a former vice president for ETF product development at BlackRock and JPMorgan. “The only way that a cryptocurrency ETF would come to fruition in the U.S. is having cryptocurrencies regulated and under the control of the U.S.”


MicroStrategy Completes $500 Million Offering of 6.125% Senior Secured Notes Due 2028 with #Bitcoin Use of Proceeds.
@MicroStrategy’s existing approximately 92,079 bitcoins are being held by a newly formed subsidiary, MacroStrategy LLC.

“I like bitcoin as a portfolio diversifier. Everybody asks me what should I do with my bitcoin? The only thing I know for certain, I want 5% in gold, 5% in bitcoin, 5% in cash, 5% in commodities. At this point in time, I don’t know what I want to do with the other 80% until I see what the Fed is going to do,”

“For me, it’s just a kind of baseline consideration of how I protect my wealth. It’s a great diversification over time. Again, I see Bitcoin as a story of wealth, ”added Tudor Jones. “I see crypto as a story of wealth. Others will argue that this is a different ecosystem. It’s transactional in nature.”

Jones futures trading style and beliefs are as follows:

Contrarian attempt to buy and sell turning points. Keeps trying the single trade idea until he changes his mind, fundamentally. Otherwise, he keeps cutting his position size down. Then he trades the smallest amount when his trading is at its worst.

Considers himself as a premier market opportunist. When he develops an idea, he pursues it from a very-low-risk standpoint until he has been proven wrong repeatedly, or until he changes his viewpoint.

Swing trader, the best money is made at the market turns. Has missed a lot of meat in the middle, but catches a lot of tops and bottoms.
Spends his day making himself happy and relaxed. Gets out of a losing position that is making him uncomfortable. Nothing's better than a fresh start. Key is to play great defense, not great offense.
Never average losers. Decreases his trading size when he is doing poorly, increase when he is trading well.
He has mental stops. If it hits that number, he is out no matter what. He uses not only price stops, but time stops.
Monitors the whole portfolio equity (risk) in real time.
He believes prices move first and fundamentals come second.
He doesn't care about mistakes made three seconds ago, but what he is going to do from the next moment on.
Don't be a hero. Don't have an ego. Always question yourself and your ability. Don't ever feel that you are very good. The second you do, you are dead.

Jones's global macro trading style is based primarily on technical analysis, as opposed to value investing, with an emphasis momentum factors driving markets.In a 2000 interview, he suggested however he regretted not being more involved with venture investing in technology firms during the 1990s. Jones also stated in 2020 that he owns bitcoin as a hedge against inflation.

MicroStrategy to Sell $1B Worth of Stock to Buy Bitcoin
Hore